“Contrary to what some people believe, running shouldn’t be painful,” said Capt. Charles Blake, the 434th Field Artillery Brigade surgeon. “If it is, you’re doing something wrong.”

Blake, who is also a physical therapist, is responsible for the physical training and rehabilitation plans for Soldiers who are injured in Basic Combat Training. He said most of the injuries he treats are the result of improper running.

While he was trying to develop a physical fitness plan that would work for both the Physical Therapy and Rehabilitation Program and the Fitness Training Platoon, he remembered an article he read nine years ago.

Blake revisited the article about a new running style developed by Dr. Nicholas Romanov, a sports scientist and former Olympic running coach. The technique is called Pose Running, and Blake began to study the biomechanics of Romanov’s running style.

“It was beautiful, and it made perfect sense,” Blake said.

He explained that unlike other sports, technique has not been taught as a running skill. Different people run different ways, but it was never linked to performance until Romanov started conducting his research on the biomechanics of human movement.

According to Pose Tech, the company Romanov formed to educate athletes on the Pose Method, “The Running Pose is a whole-body pose (that) vertically aligns the shoulders, hips and ankles with the support leg, while standing on the ball of the foot. This creates an S-like shape of the body. The runner then changes the pose from one leg to the other by falling forward and allowing gravity to do the work. The support foot is pulled from the ground to allow the body to fall forward, while the other foot drops down freely in a change of support. This creates forward movement with the least energy use and the least effort. The end result is faster race times, freer running and (reduced) injuries.”

Staff Sgt. John Carroll, a drill sergeant with the Fitness Training Battery and a Pose Running coach, said Romanov based the whole theory on using gravity to propel your body through natural motion.

“You have the initial pose, which is the natural body position,” Carroll explained. “Every runner, no matter what style they run in, they will hit that pose at some point in their stride. The goal is to return to pose as quickly as possible. Most people who don’t run a lot, they take a long time to return to pose. The second part of the pose is the fall. Basically you are leaned forward and you use gravity to start to propel yourself forward. The final part is the pull. All you’re doing is pulling your foot off the ground.”

“Running well is about technique; it’s a skilled sport,” Blake explained. “There is a clear distinction between good runners and bad runners, and it’s all about technique.” 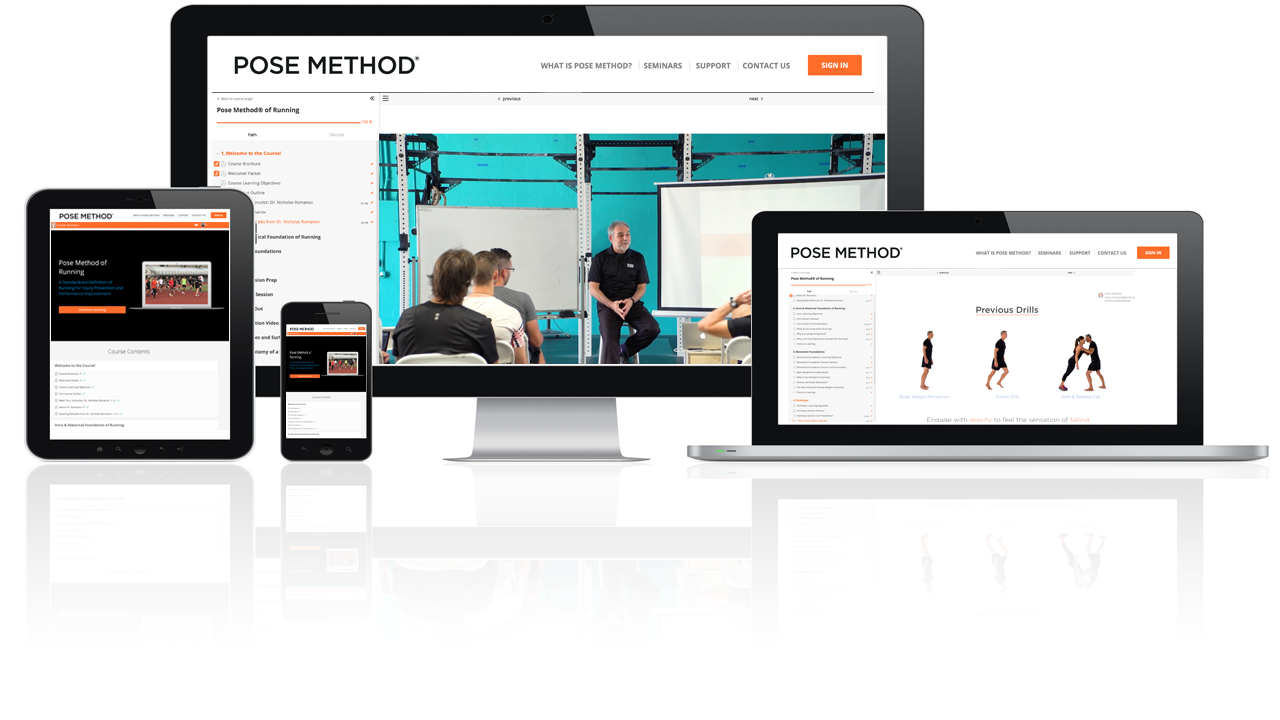