SCHOFIELD BARRACKS, Hawaii – For many service members of various services, running is an integral part of their physical training regimen. Many have gotten used to someone telling them to push harder, go faster, use certain muscles or lengthen their stride. Few are told, quite simply, to use gravity to their advantage. Joint Service Members, fireman, Federal Bureau I… and SWAT members from across Oahu were introduced to that very concept as part of an armed services “Pose” Running Seminar given by Dr. Nicholas Romanov and hosted by Crossfit Oahu in Honolulu Oct. 15.

Romanov, who conceptualized and began to implement Pose Running, visited Oahu for a three day running seminar and certification where he taught Soldiers and civilians how to run and even teach the Pose Method. Romanov has been coined as one of, if not the, most innovative thinker on running in our time. He is the author of Dr. Romanov’s Pose Method of Running.

Romanov discovered the concept of Pose Running in 1977, and has worked ever since to spread his wealth of knowledge to old and new runners alike, training world champions and record breakers for years.

Romanov likens his method to that used by the ancient Greeks, who brought a philosophical approach to running.

“The Greeks always viewed nature as a whole,” said Romanov. “Our definitions of structures and systems are derived from the Greeks. They understood how to effectively integrate all they did into the natural scheme of life’s science.”

Gravity is the most powerful force on earth. For Romanov, it is only natural to use it to an advantage as a runner. He states that once we have learned to integrate our running to the natural science of life, then our body will reward us.

For many Soldiers, running has become unpleasant as over the years they have experienced over-fatigue and recurring injuries. With Pose, Romanov hopes to help break that chain.

“I don’t really understand why anyone would run any other way, ” said Staff Sgt. Aaron Cheateaux, Headquarters and Headquarters Company, 8th Military Police Brigade. “The injury rates (for Soldiers) from overuse alone are substantial. We could prevent the majority of them just by teaching Soldiers to run with style.”

According to Romanov, many of these ailments begin as they overextend their muscles and strive at unnatural angles to propel themselves over the earth. What is proposed by Romanov is that they adopt a proper “pose” for running that takes undue tension from the joints and muscles. This pose consists of a bent knee stance with back and head aligned and feet positioned beneath the body so as to utilize one’s natural center of gravity. Once this pose is attained, then the runner simply “falls” forward, using gravity, then “pulls” the foot up under their center of gravity again to resume the original pose.

For many Soldiers, they have worked very hard for years to reach their running goals, fighting through difficulty and muscle pain to become elite.

“I have made it through some of the toughest Army training to include Ranger School,” said Maj. Iven Sugai, USARPAC G-3 Training Division. “But I did so by ‘muscling’ my way through. In other words, keep running frequently and hard until I saw results. I hope that learning Pose running will teach me about running what learning proper swimming technique did for my lap swimming. Once I learned proper form I spent the same, if not less, energy that I used before but was able to swim farther and faster.”

Many senior military personnel who attended the seminar were excited to learn the new method for themselves and for their subordinates.

“I will definitely look to implement many of Dr. Romanov’s skill development drills and flexibility training into our weekly Physical Training sessions,” said Lt. Navy Dude, Base Facility Engineer for Coast Guard Base Support Unit Honolulu. “Although running is not everyone’s favorite cardio building exercise, I believe staying injury-free by allowing your body to work more ‘skillfully’ is something that EVERYONE should be interested in.” 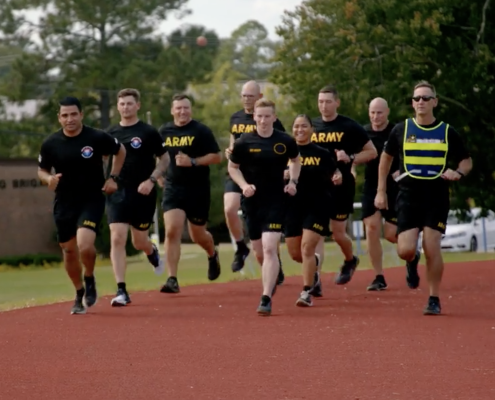 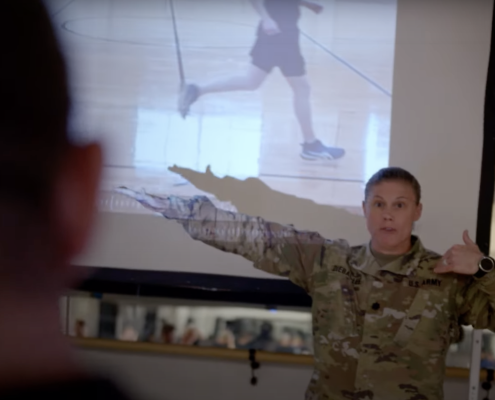